The Church is not the first Church dedicated to St Peter to stand in Formby. The title ‘The Ancient Chapelry of Formby, St Peter’ reminds us that a chapel existed in Formby from early times – in what was a detached part of the ancient parish of St Mary, Walton. The Rector of Walton is to this day Patron of the living.

The ancient chapel stood close to the sea (on the site of the present St Luke’s Church) and was destroyed in 1739 by a storm. The decision was made to build a new church on a site further inland and there is evidence from a parish in Oxfordshire that a nation-wide levy – by order of ‘Letters Patents’ of the King – was made for this purpose. The total amount collected by this levy was 1154 pence.

So it is that we have a Georgian Church, with characteristic and very elegant clear glass windows, dating from 1746. At different times side galleries were added (the line of which can still be seen in the plasterwork). Box pews and a pulpit on the south side of the Church (between the windows) are revealed in a seating plan of 1767. 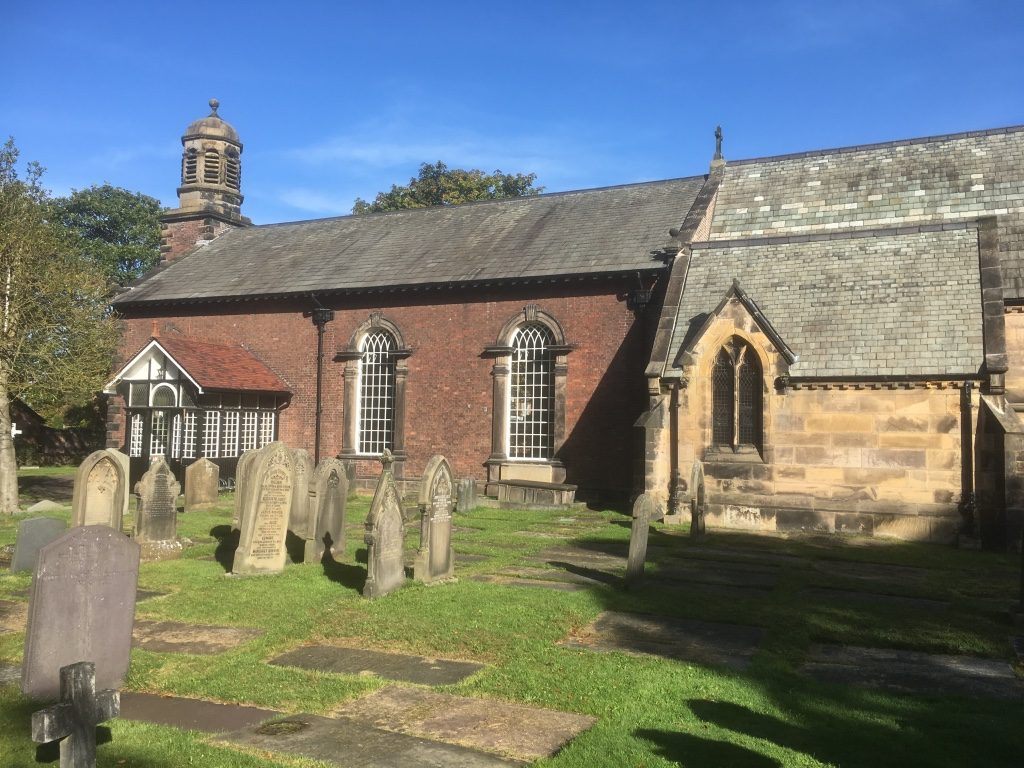 The major change to the building took place in the 1870’s. The old apsidal east end was removed and the present chancel, sanctuary and side chapel (The Formby Chapel) added. The style chosen was neo-Gothic so much in at the time. As a result, the Church has its contrasting, not to say competing, halves. To stand at the chancel steps and look first west and then east makes this point.

The main Altar and the sanctuary panelling were given in memory of old boys of St Peter’s School and members of the choir who had died in the Great War. The present organ, installed in 2002, includes pipe work from the War Memorial instrument of 1949.

Two members of the Formby family of Formby Hall were incumbents of St Peter’s for the major part of the 19th century and monuments to them are on the west wall of the Formby Chapel.

Do come and visit our lovely building and please pray for the people of the parish and its life and work today.