The pipe organ was rebuilt in 2002 with mechanical action by Principal Pipe Organs of York (Geoffrey Coffin). The Consultant was Ian Bell who also designed the case. 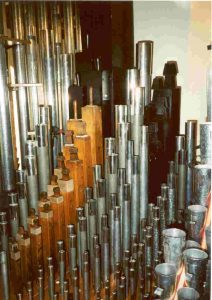 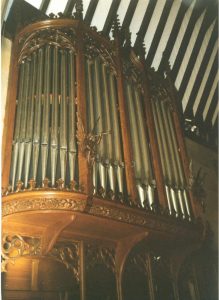 It uses all the pipework from the original 1885 organ built by Franklin Lloyd of Liverpool, with several hundred new pipes added.

It is an effective instrument for accompanying the choir, and leading the congregation, and is also very capable of handling most of the organ repertoire.

The Inaugural Recital was given by Professor Ian Tracey, Organist Titulaire of Liverpool Cathedral. 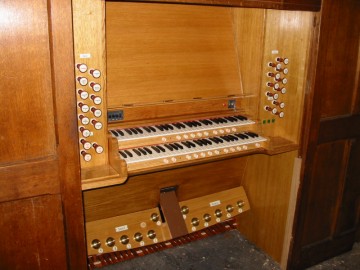